In this post you see the two images I selected for participating in the annual „May-Contest“ by the local TV station NDR. Everyone can send two photos to this contest. The only requirement: They have to be taken in may 2010 and in Schleswig-Holstein. 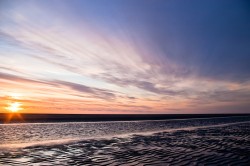 I made some photos that I’m quite satisfied with this month and these (above and on the right) are the two I selected. The contest runs until may 30th. After that a jury with famous photographer Heinz Teufel will select 50 of the photos (last time more than 4000). The winner will be selected by a public vote on the NDR page. I will let you know when the voting starts and one of my photos made it into the final (and if not, I’ll let you know as well…).

Last year one of my photos (don’t remember which one) made it to the last 50, but in the end was voted at the lower end of that.

Both photos were taken on a recent trip to the beach of St. Peter-Ording at the west coast. 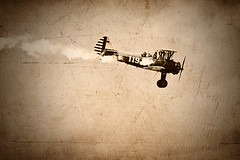 Sometimes the Flickr stats for your photos are worth a visit. By watching mine today I noticed traffic from a site I didn’t know before: One of my photos was featured on friday Digital Picture Zone as one of “ 25 Spectacular Examples of Grunge Photography“ – thank you!

Last but not least: Vanessa has a new hobo bag in her store, and she’s offering it with 15 percent discount!