Simba makes the rules. Around my aunt’s old farm house, the orange-striped male cat is the boss. In his generosity, he allows Mikesch to be around. Mikesch is not allowed to get inside the house, though. So he lives in th garden, the surrounding fields and the buildings attached to the big house.

On sunday a thin blanket of clouds provided the perfect light to capture these two cutie, and they obviously enjoyed the attention.

Simba was watching his little realm… 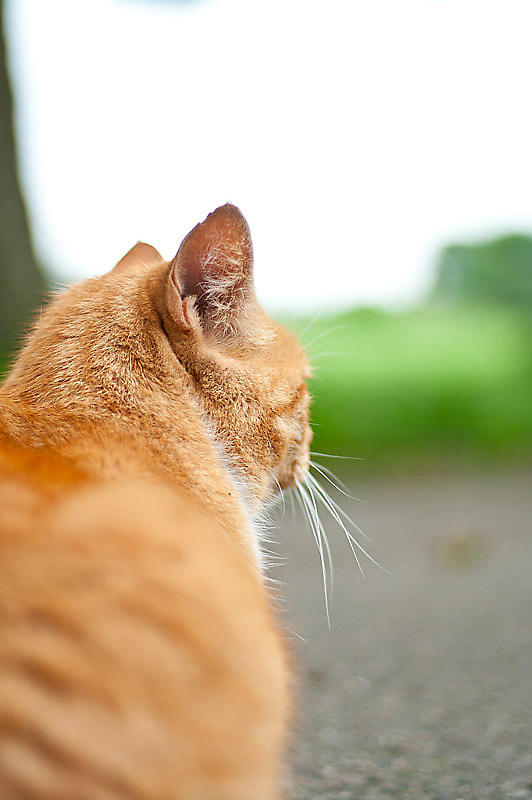 …but always kept an eye on Mikesch. He was getting far too much care for Simba’s taste. 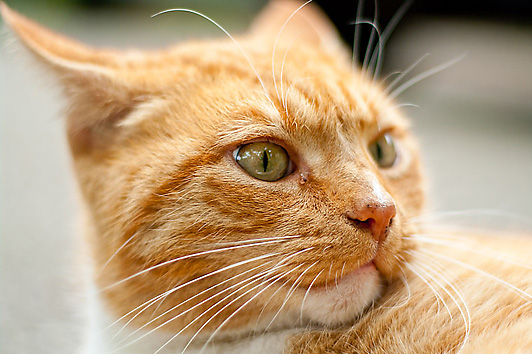 Something had to be done. Simba approached Mikesch, friendly first. 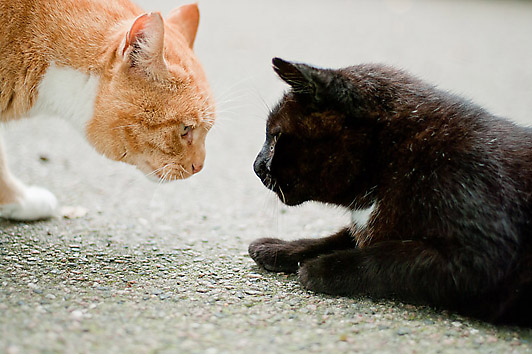 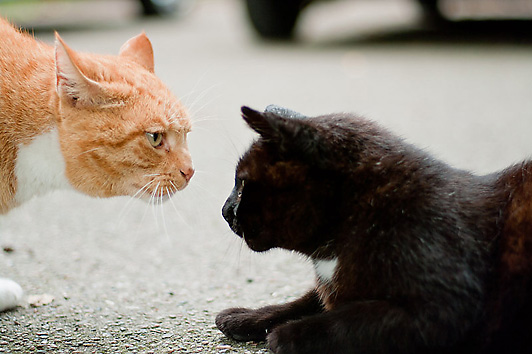 With a short but clear gesture Simba tought the black cat with the short tail some respect. 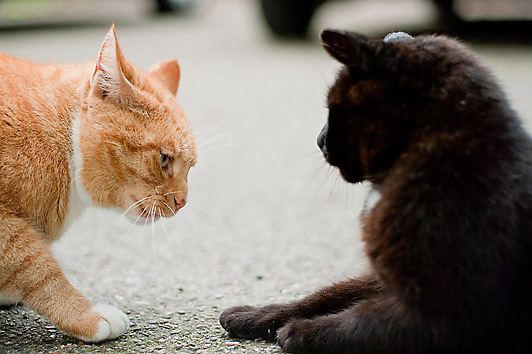 After this short argument, both continued their lazy life with some more distance inbetween. Mikesch lying on the floor, being cute… 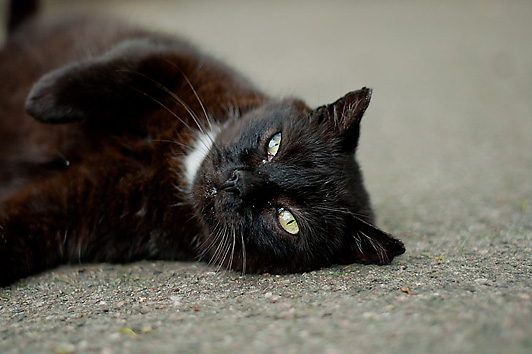 … and Simba on top of the car, from where he could watch everything. But even the biggest ruler need some rest, from time to time. The warmth of the dark shiny surface was just too comfty. 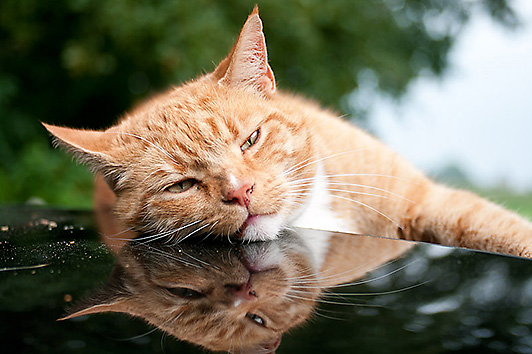